OB Steve James continues his cycling expedition around the World.

OB Steve James continues his cycling expedition around the World and is now in Texas, USA. Photos from the trip from Sierra Blanca to Pecos.
OB Steve Baker continues his cycling expedition around the World and is now in Texas, USA. Read on to hear his latest update from the Facebook page Banker on a Bike

First of all a massive thank you to everyone who has donated so far. I try to thank everyone on the BOC site personally, where possible, but that is not so easy on the other site. Through your generous support the total raised to date is about ￡7500 against a target of ￡40,000 which is fantastic. Please can everyone keep sharing as this helps build the followership. And remember, I can't come home until the target is reached and I really don't fancy a second lap

As for the cycling then another business like day although I didn't end up quite where I had planned but in a better position. With no breakfast provided at the motel, where I was the only guest, I set off early with no distraction. The advantage was soon lost, as I knew it would be, as I crossed another time zone.

Reaching a place called Van Horn about 36 miles down the road I eventually pulled up at a gas station for coffee (not tea ) and a bite to eat. By now the wind was turning in my favour and after this break the riding was joyous and everything felt good. So good that when I got to just over 20miles from home I decided to follow the wind and took a left fork rather than right adding another 25 miles to the day but chuffed to bits.

Tonight I am staying in Pecos which is a city with a population of a little over 8,000 but down from its peak of 12,000 in 1980. The average male income is $25000 which seems low compared to costs and 27% of the population are living below the poverty line which is clearly evident.

The rider to this is Pecos is in the heart of the Texas Oil & Gas area and the hotel prices are the highest I have seen since the California coast. Holiday Inn, yes they are here, are charging over $200 a night incl taxes. Apparently that is down 50% on this time last year when average motels were commanding north of $140 a night. The US is the wealthiest nation in the world in GDP terms but clearly does have systemic problems. I will leave it there but building a wall isn't the answer, its just spin.

Now about Texas, the Lone Star state. It is not the biggest state in the Union, having lost that title, much to its chagrin, when Alaska became the 49th state in 1959. In terms of size it is approx 10% bigger than the UK which gives a scale of just this one state. It is known as the Lone Star state as it was once independent but during its existence has lived under 6 different flags. It has been part of Spain, France, Mexico and in, out, and back in again the United States. 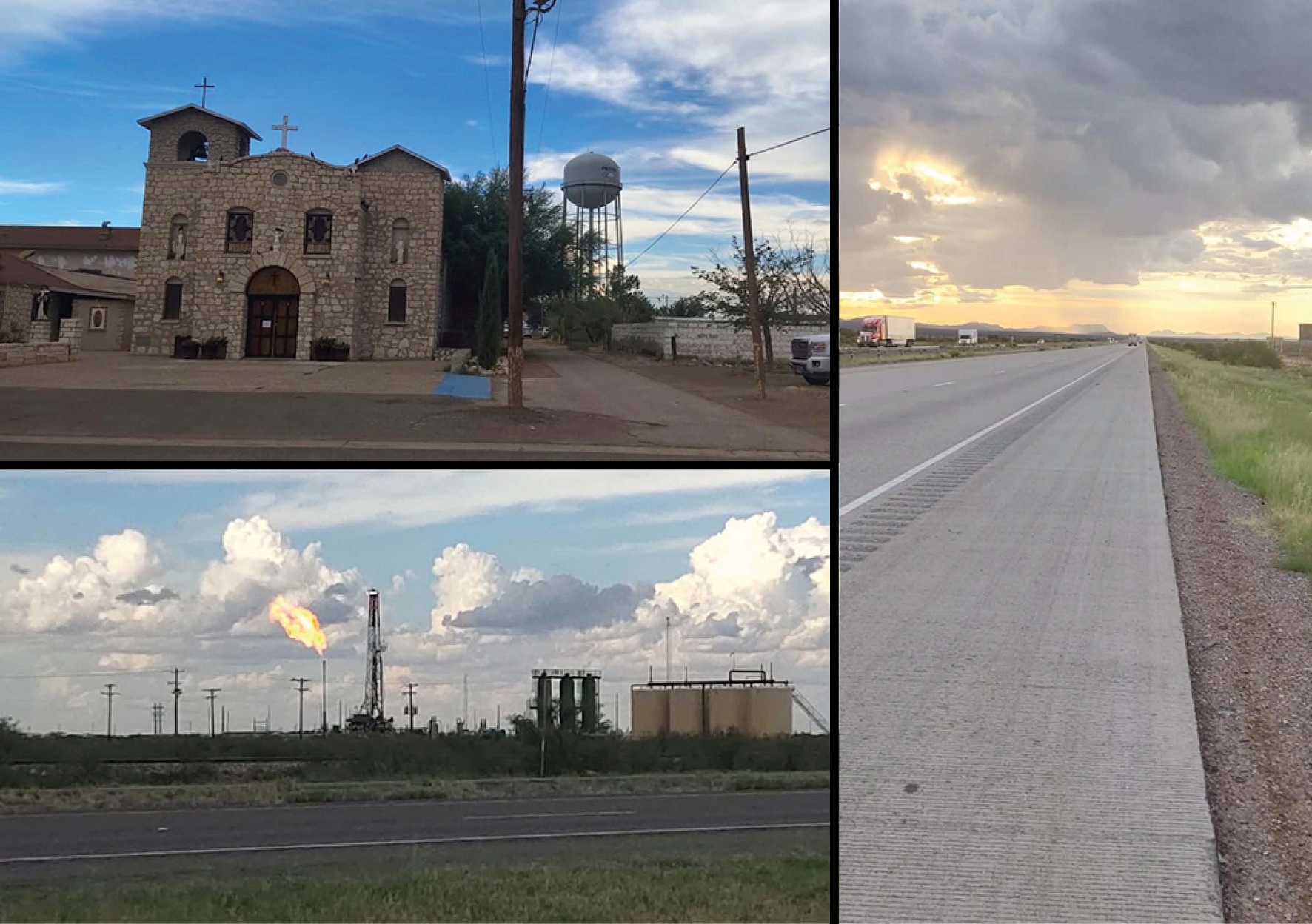 Apology to David Scagell for the error in Bristolienses More...